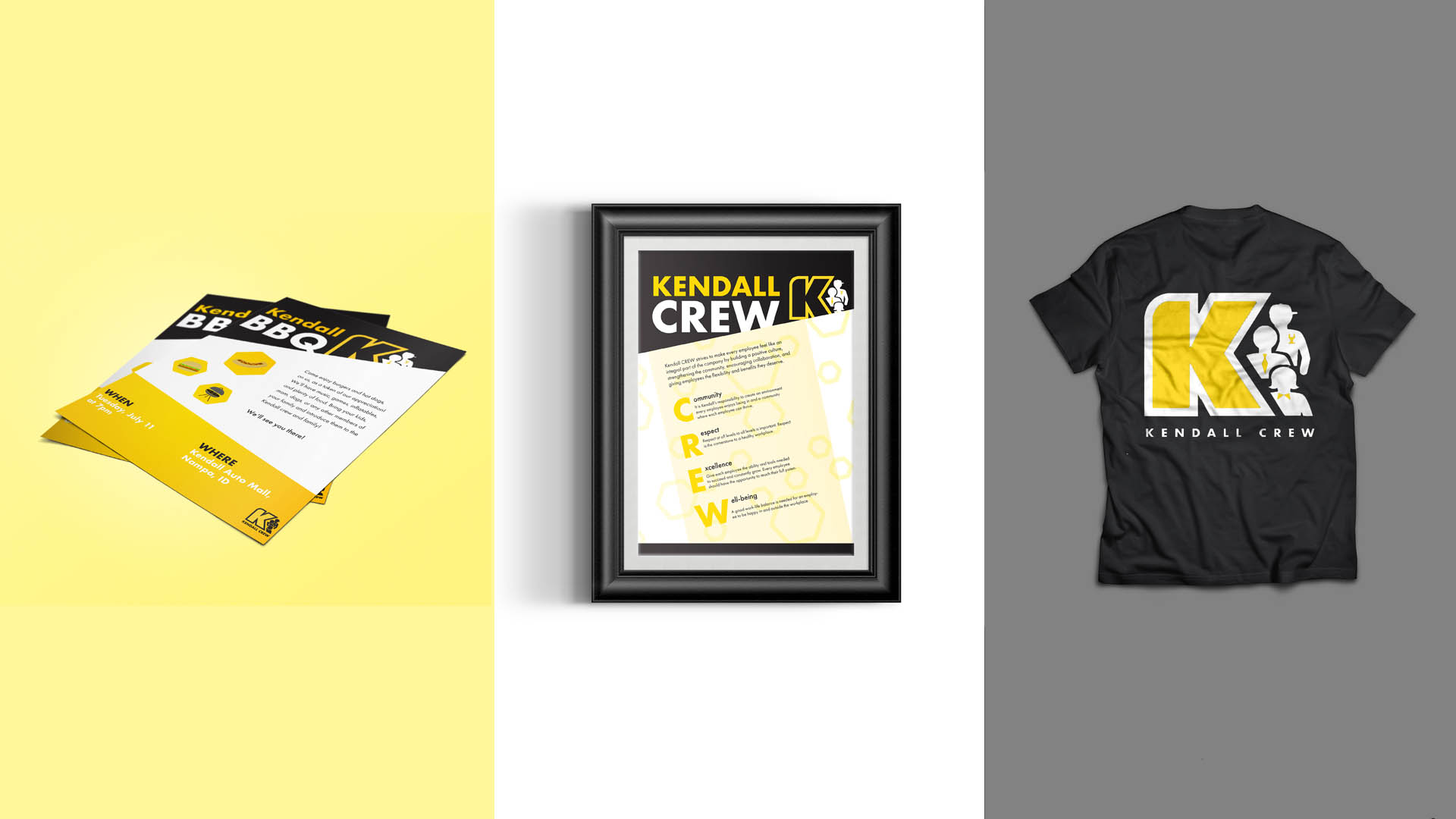 This was one of 3 projects which I did during my internship at DaviesMoore. I and three other interns were challenged with developing an internal branding campaign for Kendall Auto Care. They wanted an avenue to communicate with their employees and to increase their company’s employee retention.

This proved to be a great experience as I learned a lot of researching and marketing techniques which took and then applied to the design. I designed the logo for this campaign, and we also included several examples such as posters and merch. I took a spin on the original Kendall logo, replacing the triangle with silhouettes of people. We also developed an official plan as to how Kendall could utilize this campaign to encourage and communicate with their employees in an appreciative, genuine way.

Flyer mockup. An example of an event flyer which could be hung around offices and staff rooms.

Poster mockup. This would be hung around the office and building to be a reminder of Kendall values and their promise to employees.